Been a long time since I posted. So I thought I might explore time itself as a concept. 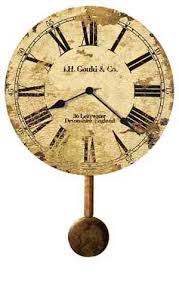 The turning of the earth, the changing of the season, the wrinkling of the skin and greying of the hair. We talk of Father Time, of Chronos and chronology. But what really is time? Is it a living, breathing being? No. Is it a form of energy? No. Can we perceive it other than by the position of the planets in relation to the earth’s rotation? Not in any instant manner. Does it even really exist?

When we say I didn’t or don’t have time, yes we do. What we really mean is that during the spell in which I am awake and able to complete tasks of any nature, I may not be or was not able to also complete the task of which you are talking. Time is a concept in the physical mind of the human being.

Have you ever seen an elephant look at its watch and say “oh, time for a bit of grazing before I see the giraffes this evening.” Probably not. An elephant notices the changes in the atmosphere, the difference in the light, but doesn’t seek to explain it in any more detail than is necessary. Elephants are vastly intelligent, self-aware and emotional beings. They could easily have developed the concept of time, but see fit not to. Elephants have specific places where, if they are able to, they go to end their days. They are clearly able to appreciate beginnings and endings. A respect of age and seniority are also among their understandings, but they don’t ascribe hours and minutes to anything.

So why does the elephant ignore the minutiae of measurement in relation to passing days? The answer – the elephant has nothing to gain by it. Time and motion is a strictly human concept that makes no sense to any other creature on earth. Yes, a dog learns that when the light changes to a certain level, or perhaps when hunger reaches a particular point, the humans will be home again. But it has to learn that from observation of human behaviour over many changes in the light. Were you to ask the dog how many minutes or seconds had passed, what would it say? It would shrug and say it really wasn’t concerned about how many wags of a tail it took but that now it was ready for dinner, thank you.

Having looked at it from the perspective of different species, does it still make sense to refer to time? Why do we insist on putting that pressure on ourselves? That society would cease to function is not really a valid argument. Were we to stop putting measurements against the turning of the earth, society would still function, just differently. It would be less stressful. We’d get paid by the quantity, quality or size of the body of work we had produced. Viewed like that, is time a socialist concept then, forcing all to accept the same payment regardless of merit? Was the concept invented by someone who worked for longer but produced work of a lesser quantity or quality than the next person? Maybe that’s it.

Surely everyone has experienced the phenomenon where one day takes longer than the next identical day to pass. Those days where you get lots done but upon consulting the clock, it has barely ticked round at all. Disappointing sometimes, edifying at others. If we were paid by the amount we achieved, those days would be very lucrative. Paid by the hour, however, it hardly seems fair.

Time itself though, not that it has a self. If the past exists, why can we visit it only in memory and recorded memory of others? We know innately that only the present truly exists. Look at this way: you are beside a fresh-flowing stream and want a glass of water from it but somebody insists it must be a glass from half an hour ago. Can you obtain that? Maybe, if you were to somehow travel far enough before the water did so that the water of half an hour ago from where you were is where you are now. But then they change their mind and want it from now. Where do you stand, having chased the stream so that now for the other person is not the same as now for you? And could you know the water of now from there when it reached you, because the water from now where they are is tumbling towards you but it’s not delineated and might not be the same water as they were looking at. In that light, can we really ever say ‘at precisely the same time’? Can we ever experience the exact same moment as anyone else? No. Time is a matter of perception, yet we seek to measure it. But to what end?

We say ‘I love you to the end of time’. To the end of what time – yours, mine or the universe’s? News flash: time itself can never end. Only those who seek to measure it, and we only do that because we have a physical human brain conditioned to do so.

So if the past only exists in memory, and yes the earth itself provides a record so has a memory of sorts, what of the future? Everyone has at some point said “in future I will do things differently.” The future, though, does not exist except in imagination and predictive measurement. It can’t exist because it has not yet reached our perception. The water of half an hour from now, in that analogical stream, is still miles away and beyond your reach. It’s even less available than the water of half an hour ago.

The water of now is the only water on which you can have any effect. Ever. You can take steps to prevent the water of the future becoming something you do not want, but only by acting in the now, although it might be a now that has yet to occur. But when someone says do it now, that now has already gone, swallowed up by their statement. Now also doesn’t really exist. By the time you perceive now, even say that one syllable, it’s already too late!

Time then, although we think we understand it, does not really exist. Chronology exists, the turning of the earth, the changing of the season, the wrinkling of the skin and greying of the hair exist. But not one of them is time. They are simply side effects of the continual flow of the stream of life. A constantly changing, ever mutable thing that we seek to measure to make us feel better; or sometimes worse – nobody wants to grow old! We seek to grow older for the sheer fact that it means continuing survival, but not to grow old.

So, now comes the question that reaches to the heart of it. Do we seek to measure time, a concept of our own invention, because it is proof of that continuing survival? I think therein lies the answer that needs no further words from me.

Fiction writer from the North East of England with a taste for the gruesome and macabre, unusually obsessed with container gardening!
View all posts by julietmchugh »
« Previous post
Next post »

One response to “Time”

Error: Twitter did not respond. Please wait a few minutes and refresh this page.